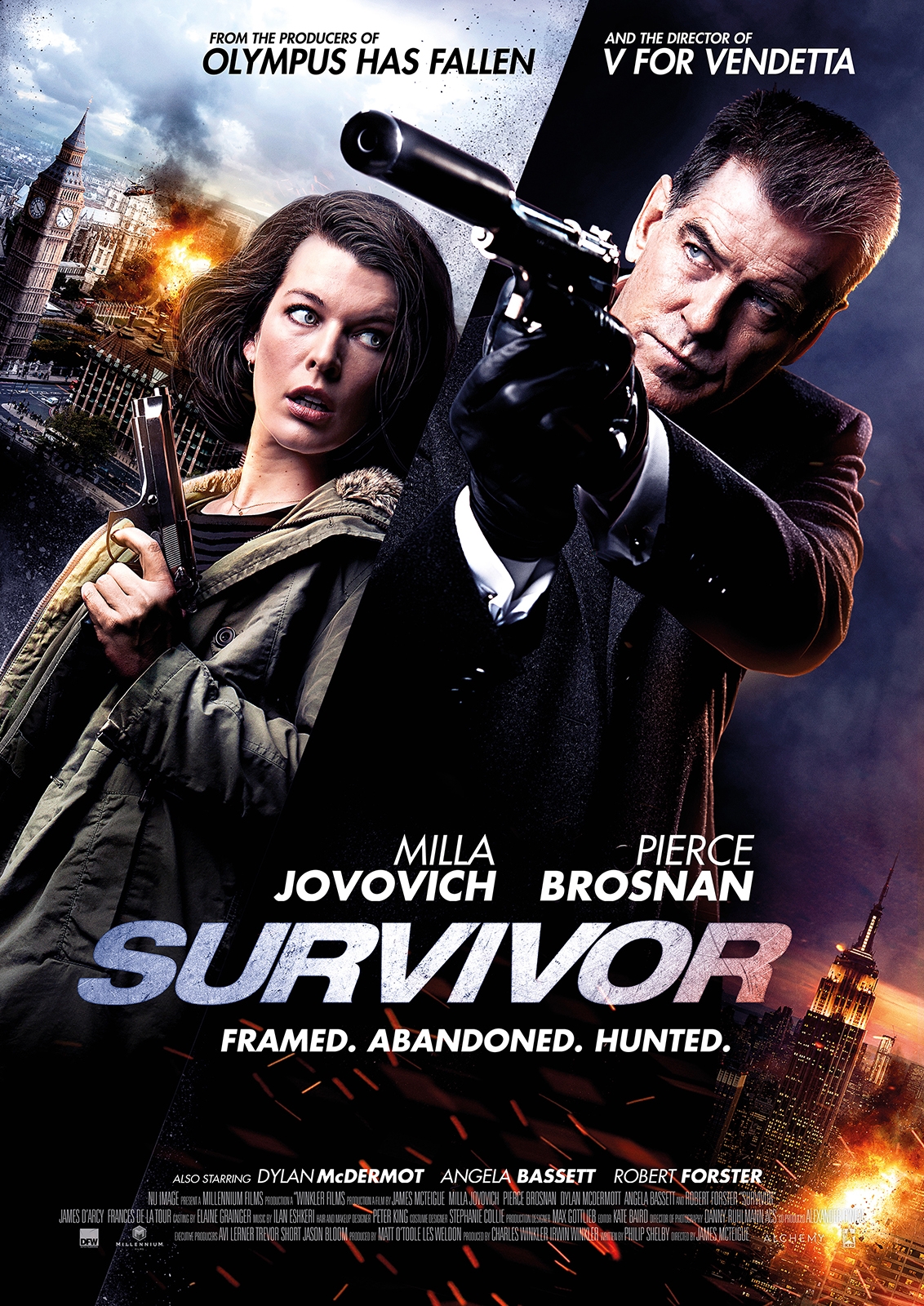 You know, ever since he ended off his run of being, ‘James Bond’, we really haven’t seen to much of Pierce Brosnan (Golden Eye)… And that is a shame! Pierce Brosnan is a fantastic actor who has done a brilliant job in almost everything I have seen him in, rather it be playing, ‘James Bond’, or playing the role of the, ‘New Boyfriend’ in Mrs. Doubtfire (1993)!

Well despite the fact that he seems to mostly have been out of the mainstream limelight recently, he is still going strong having recently co-starred in: Survivor (2015)!

Ok, so this movie tells the story of how Kate Abbott (Jovovich) is a security officer over at the U.S. Embassy in the U.K.

Now as she is looking in to a Doctor’s passport, her boss, ‘Bill’ (Forster) stops her from looking in to this Doctor…  This peaks her interest so much that she continues on with her search… With some explosive consequences!

You see, she accidentally uncovers something that her boss is trying to hide… Now at this point she doesn’t exactly know what she has found… But the bad guys don’t know that… So ultimately they contract, ‘The Watchmaker’ (Brosnan), to stop her from her search… And what he does is he creates an attack on a restaurant that is supposed to kill her!

Kate may have survived the explosion… But who know’s if she is going to survive her, ‘friends’ help!

What he wasn’t counting on though is that she wasn’t actually in the restaurant!

So now with her superiors and the London Police after her… As well as the world’s greatest assassin hot on her tail… Kate Abbott is going to have to find out what is happening, before she is either killed or arrested!

Ultimately this movie is a brilliant, ‘thriller’ that is very reminiscent of some of the better thrillers of the 80s and 90s!  And if you haven’t seen it yet, then check it out… It is a fun time, and I think you might think so as well!