Michael Biehn… Made a name for himself in the 1980s… Still a great actor, but is starting to become one of the, ‘Aged’ superstars!

Ok, I don’t mean to be a bummer, but I grew up watching the brilliance of the stars from the 1980s and 90s that made the first 20 years of movie watching so much fun! And I have noticed that a lot of these people are starting to get older… Or are actually now old!

A great example of this is, ‘Arnold Schwarzenegger’ (The Terminator)… 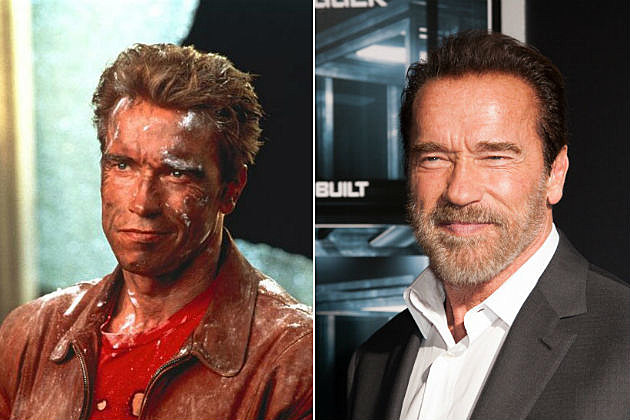 These days, most people recognize Hugh Jackman (X-Men) or Channing Tatum (21 Jumpstreet) as the action/sci-fi superstars… But for decade before that it was Arnold Schwarzenegger as well as a bunch of other awesome superstars… As a matter of fact Arnold helped to create some of the worlds biggest franchises… Such as the, ‘Predator’ series, and, ‘The Terminator’ series!

I read an article awhile back  that said that, (if Robert De Niro were getting started in the modern movie industry, that he probably would not make it…) I know… But I am not kidding! Before I continue on though I should probably make mention of who Robert De Niro actually is…

Robert De Niro in, ‘Taxi Driver’… This movie is one of the most popular, ‘Crime/Dramas’ ever created, and this was largely thanks to Mr. De Niro… Yet in the modern Film Industry, he probably wouldn’t be able to make it as an actor!

For those of  you who don’t know who he is, Robert De Niro (Analyze This) is maybe one of the greatest actors of all time, having been in such films as, The Godfather: Part 2 (1974) as well as, Casino (1995) and other such brilliant movies! With that said, what is going to happen when these people retire and or die?

I know that is a little bit morbid to say this… But the truth is, is that where as there are a lot of modern day, young talented actors and actresses out there… There are also a lot of pretty faces out there that really don’t have much depth and variation in the roles that they are capable of doing… I mean I don’t know if you guys have noticed the drop in the differences between the genres these days…

I mention this because the mainstream actors that have come on to the seen with no depth, but have pretty faces, have been killing off a lot of the other genres outside of, ‘Comic Book Movies’.  What i mean by this is, have you noticed that the, ‘Musical’ & ‘Western’ genres are all but completely gone, we rarely see the rest of the genres at all, (except in the indie world…) and the only movies that seem to be in the mainstream these days are mostly action/super hero films (great films, but variety is the spice of life… Am I right?)

The Magnificent Seven is maybe one of the most famous western movies of all time… This type of western movie seems to have vanished!

Ultimately folks, I don’t know what is going to happen but I hope that it doesn’t end up being one of those things where Hollywood just keeps bringing in duds as the good talent fazes out and is no longer there, and ultimately the industry collapses… This is the time to make the change… Just because the old guard is getting older, doesn’t mean the new guard has to be a bunch of morons!

A great series… Yet maybe the worst remake of all time!

A Brief History Of The Big Men Of Comedy
Now and Then: Movies That Made The Industry (part I) The beginning through the 1950's.
10 Awesome Directors Of Cult Horror Films