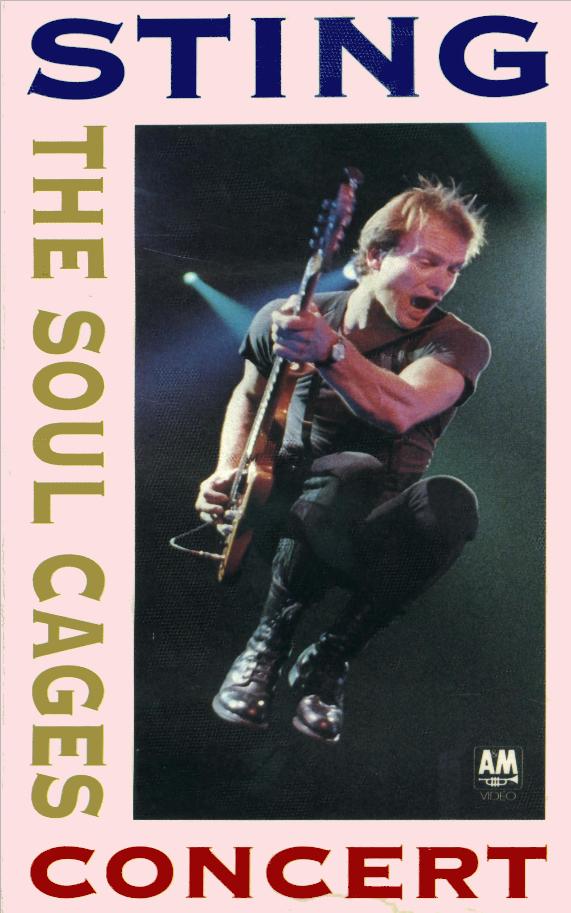 This one is a little bit of a different recommendation for me, but I thought that I would do it because in truth, if you are a Sting fan, then I think you are going to really enjoy this one!

First off before I go in to the concert video, let me tell you a little bit about the album on which this video is based on…

In 1991 Sting released this grammy award winning pop-rock album that features some of Sting’s more famous songs that he has released since going  solo, such as: ‘Island Of Souls’ & ‘Soul Cages’, along with so much more!

Anyway, I found out when I was a kid that there was a special concert VHS that had been produced for this album that features Sting and his crew!

Essentially what it is, is some background work on Sting and his crew doing there thing as they are producing the truly awesome music on this album!

And for you fans of  Sting himself, the way this particular video is set up, along with the music that was played on this album may have been epic for it’s time, but at this point, is a bit of not only an homage to the style in which the video was filmed, but also to the turning point between was  what Sting’s music had been just post-The Police, to a lot of what it would be really up to the present day!

Rather or not you are a fan, this is definitely one worth checking out… I mean it is good music, and a fun thing to watch!