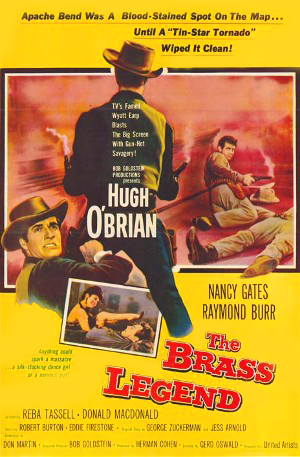 You know I have to be honest with you guys and admit that as much as I like some of the modern day Western Movies and TV shows, in all honesty, there is nothing like the Westerns from the past that are out there… I guess what I am trying to say is… Well at the very least when it comes to Western movies… ‘They don’t make them like they used to.’

Largely what I mean by this, is that it was awesome to see Ed Harris (The Abyss) & Viggo Mortensen (Leatherface: Texas Chainsaw Massacre 3) in, Appaloosa (2008)… But they just don’t have the same bravado that a lot of the classic Western stars had back in the day… I mean like John Wayne (Stagecoach) and even to some extent, Clint Eastwood (A Fistful Of Dollars) I have always felt kind of had that big bad ass fearless tough guy demeanor down… Versus, the more modern cowboy that just doesn’t have the same level of bravado!

Now that is not to say that the modern western movie is bad… As a matter of fact, they are quite good… I guess what I am trying to say is that in the case of the modern western, most of the time the actors seem to play their roles more street tough, then old west tough…

Now you might be wondering why I mention this, well simply put, that old west brand of justice is delivered real nicely by Hugh O’Brian (Twins) in, The Brass legend (1956)!

The Brass Legend, tells the story of a lawman in Apache Junction by the name of Sheriff Wade Addams (O’Brian)… Now Sheriff Addams is about to marry Linda Gipson (Gates) and is the object of hero worship by Linda’s little brother, ‘Clay’ (MacDonald).

Tris Hatten is an outlaw that everyone believes is dead, so it is just by dumb luck that while Clay was out riding one night that he happened to come upon Tris’s girlfriend by the name of, ‘Millie’ (Welles) as Millie was going to meet the supposedly dead Hatten! 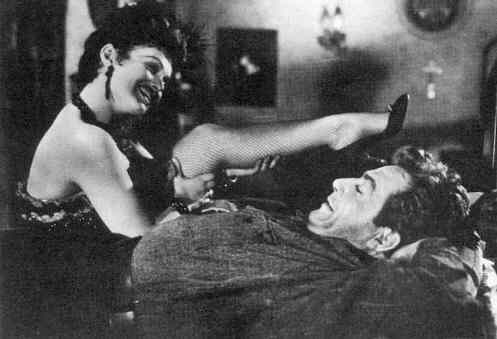 So Clay rushes back to Wade to tell him the good news, and Wade tells Clay not to tell anyone, (to protect the boy, and his fiancee (with whom he had just been talking about the perils of being a lawman with).)

Anyway after Wade captures Tris, he takes all of the credit for the bust (essentially trying to leave Clay out of it, not to collect the bounty for Tris, but to protect Clay just in case some of Tris’s goons try to try and take revenge for Tris’s capture…)
In the end though, this makes Sheriff Addams look bad and when Clay spills the beans, the whole town catches wind of it, and it even gets in tot he paper as well!

Sheriff Addams and Tris Hatten after Tris is captured.

So now it will be up to Sheriff Addams to protect Clay, himself, Clay’s family, and the rest of the town from the danger that is coming, and to clean up his image after the town learns the truth of who captured the desperado, before things get really out of hand and Sheriff Addams really looses some one he cares about!

In the end, for me, the best thing about this movie, is that it is a classic… If you haven’t seen one yet, then I would recommend doing so, if you like this style of action (which I do), then it is well worth it, and this one I think is a great one to start off with!