If you are a movie fan or some such, and you have decided to take a serious dive in to reviewing (or in the case of ABM,) recommending and blogging about movies, there are a lot of fun perks that come as benefits to doing a major website or magazine that reviews and documents these types of things!

For example, having been a writer on this site for about 5 years now, I have gotten to meet some celebrities that have worked on some of my favorite films of all time!

Getting to meet producer: Frank Marshall a few years back at a special screening of: ‘The Warriors’ (1979)!

Another great perk to being able to review movies and blog about them for several different sites, is the opportunity to sit down and watch some of the mega hits (and in some cases, total duds,) that are just coming out on the big screen, as well as being able to sit down and watch classic movies that I never had thought of before getting in to this… (and you know what? I have had the opportunity to find movies that I never would have thought that I would have loved, that turned out to be in some of my top 10!) 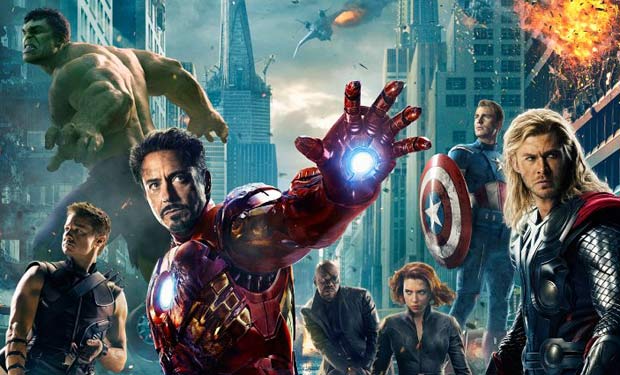 Recently I got the chance to go to a double bill screening of both: Avengers (2012) and Avengers 2: Age Of Ultron (2015) with my bud and fellow ABMer, ‘Matt Dowling’! (And this was before Avengers 2 came out!)

One example of this was that recently I got the opportunity to go and relieve the magic of watching the first, ‘Avengers’ movie, along with an advanced screening of, Avengers 2: Age Of Ultron (2015) as a double feature with my friend and fellow ABMer, Matt Dowling as a double feature leading up to the release of Avengers 2!

Now you might not think much of it… I mean Avengers 2 is out now, and the first movie was released many years ago… Well the truth is, is there is something lost in translation between the small screen and the big screen… Don’t get me wrong, it is still fun… But getting to see the first Avengers movie was truly an awesome experience the first time that I watched it on the big screen, and the second time had me on the edge of my seat in the same way as watching it the first time did!

And as for watching the second one before it was released… I mean how cool is it to get to see a movie before it gets released… Especially a summer blockbuster!

Anyway since I have been talking about the two Avengers movies, I thought that you guys might enjoy the trailers for them!