An Early Look At, ‘Thor: The Dark World’! 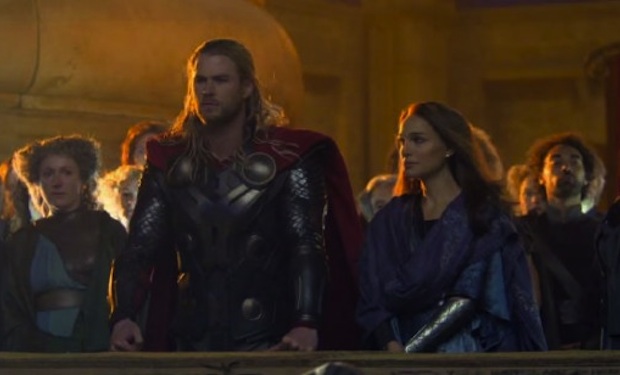 Boy Marvel really has a winning combo these days, the more and more time goes on, the better and better their series tend to get better and better, a great example of this was the movie, The Avengers (2012)… This movie was one of the biggest crossovers in human history which included such franchises coming together as: Iron Man, Captain America, The Hulk, etc…

And it just keeps getting better and better with the upcoming release of Thor: The Dark World, on November 8th!

Directed by: Alan Taylor (Palookaville) and starring: Chris Hemsworth (The Cabin In The Woods). Thor: The Dark World tells the story of how when a dark and ancient enemy that even the fabled Asgard and it’s warriors can’t stop, Thor will have to go on a journey that may mean he will have to sacrifice everything he holds personal to save everything else!