Film Noir: An Awesome Look At Times Past!

Film Noir movies are a great way to look in to the world of Gangsters, Prohibition, G-Men and the like while being given a great story!

When I was younger I never really thought much on Film Noir… Like most kids I pretty much for the most part followed the most recent films as well as the films that were made probably made with in 5 – 10 years from that time.

As a matter of fact I am a little embarrassed to admit that up til recently I had not actually seen anything of the Film Noir variety! As matter of fact I initially found Film Noir due to looking for a solid Thriller movie to recommend from the 1940s for AwesomeBMovies… That movie being: I Wake Up Screaming (1941), and pretty much ever since then I try not to judge a book by it’s cover and try not to let my initial misconceptions about things get in the way of some new awesome experiences!

I Wake Up Screaming (1941) tells the story of how a promoter is being grilled by the Police and talks about how they met and the events leading up to the murder of his girlfriend and how he has to get the help of his girl friends sister to clear his name!

If that hasn’t caught your eye yet, then let me ask you this, have you ever read one of the older more classic mystery novels such as, ‘Sam Spade’ or the like?  Well these types of novels give the reader the opportunity to imagine what it would be like to live in the world of the 1910s – 1940s and the times of Gangsters, J. Edgar Hoover and the like! 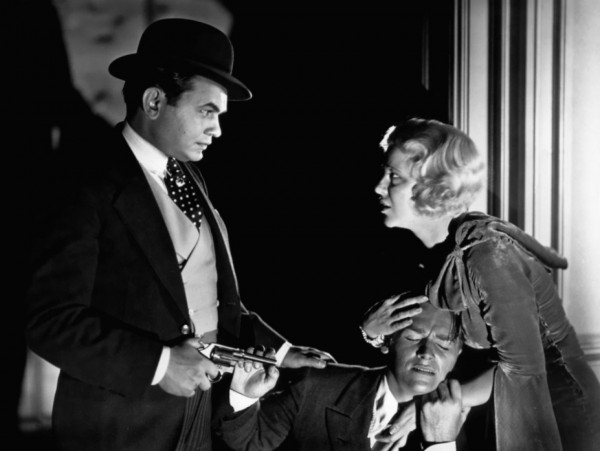 And frankly Film Noir expands on that drastically… Now it is true that unless you like history… especially the time of Prohibition, Gangsters & The G-Men, or are roughly 40 – 90 years old, or generally don’t like these types of films then you might not agree with this, but I suspect that the more classic film noir choices are the direct ancestor of a lot of action/dramas!

What I mean by that is that even though there are a lot of movies that are based on Gangsters that are still coming out pretty regularly… The feeling is different, and I would say these types of more modern movies generally tend to be more defined as, Action/Drama Movies and less as film noir… but I would say that they are the direct ancestor of these types of movies for the following reasons:

2. Action/Dramas about Gangsters most of the times that are made in the modern days are more often then not based on modern day mobsters, which are basically 2 types of people (story wise.)

3. Even though there are authorities in the modern day… (well lets just say that so that I don’t have to keep writing, ‘Action/Drama’ we will just say mob movie), in modern days the authorities are just that… The authorities, but in the case of Film-Noir, they are more like the G-Men that are so awesome in mystery novels and movies!

In the end, if you haven’t seen a Film Noir movie then you might want to check them out, they are pretty awesome!

The Hang Out: The Teen Comedies Of Yore...
The Awesome Stories Of Court Room Dramas
Spoofs In The First Decade Of The New Millennium... What Went Wrong?