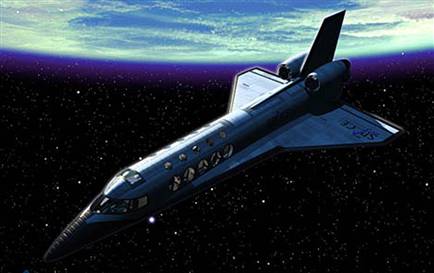 A potential ship of the future that could transport people all over the Galaxy!

In this day an age, when, the world over people of all walks of life are having to deal with new kinds of evil, I have asked myself, what would be the great saving grace of the world? What would be that one unifying factor that would finally bring the peace to this world that is really needed, and really wanted by most people on this planet?

Well honestly I am only one man, and I seriously can’t give you guys a definite solution to all of the worlds problems, but I can tell you my opinion on this… And my opinion is that I believe that one of mankind’s greatest hopes in the world is to journey off this world and become a member of the… ‘Galactic Community’…

But in all truth, I came to this realization from watching Star Trek… Now I know that, that may make me sound like a total nut case, but here me out on this… In the world of Star Trek, mankind has finally come together in a way that has never happened before, when after faster-than-light travel is a proven success and a passing Vulcan ship ends up landing on Earth and mankind confirms that they are no longer alone in the Galaxy, which paves the way for changes in the world that in the end, end the great ills that we suffer today!

Now again I am sure that it sounds odd to posit a theory that could help mankind based on a TV show, but if you really look at the over all idea and separate the fact that it came from a TV series, we find that it is a model that could at the very least begin to alleviate certain problems, including: Over-Population, Hunger, Disease, Poverty, and some of the more dangerous conflicts that have arisen based on land!

Heck even renowned scientist Stephen Hawking said it best when he said:

“Our only chance of long-term survival is not to remain lurking on planet Earth, but to spread out into space.” – Stephen Hawking (A quote from the ABC New Article, ‘Stephen Hawking: Human Survival Depends On Settling Space’.)

In the end, if you take a look at this theory as a usable model for helping handle some of mankind’s problems, then I think you might find the concept that looking to outer space and other planets to solve at least a portion of the worlds problems to be a useful theory indeed!